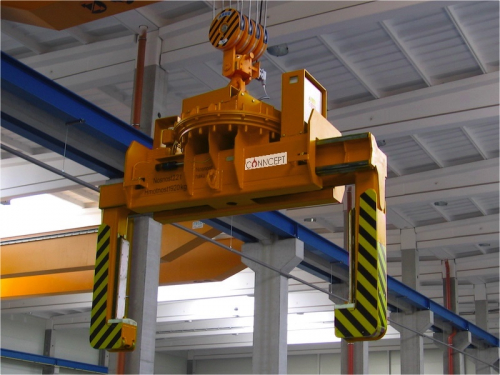 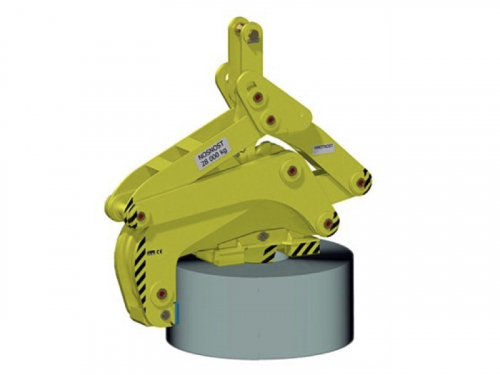 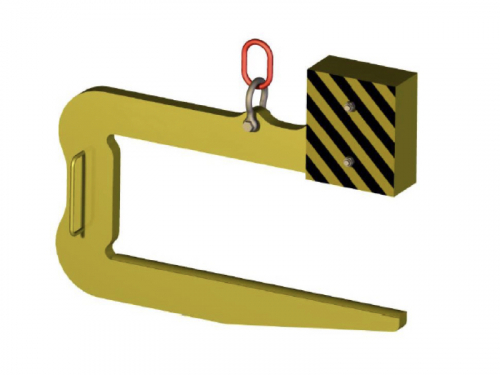 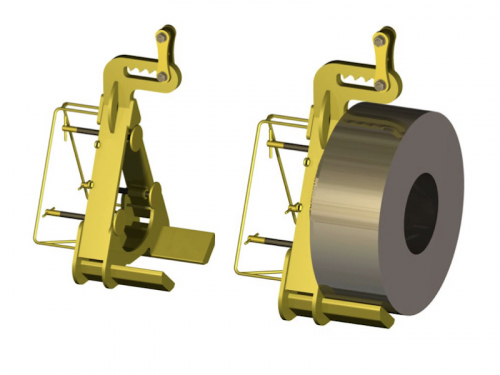 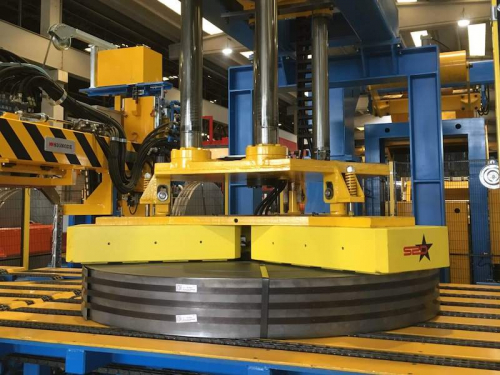 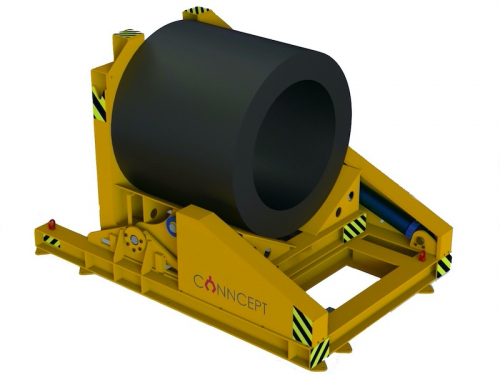 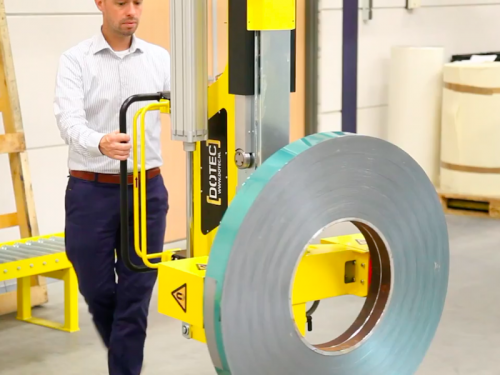 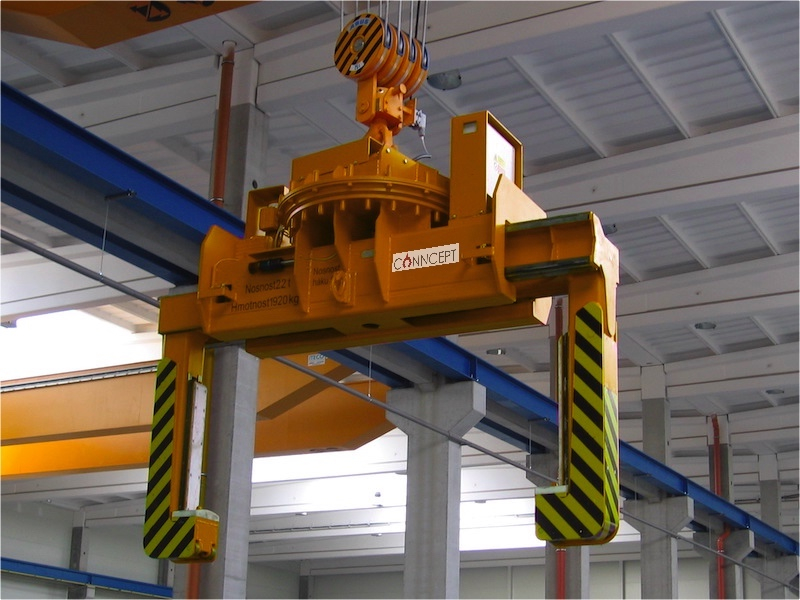 Telescopic tongs are used for handling loads with a cavity in a horizontal position, such as coiled sheets, rolls of paper, spools, etc.

The main advantage compared with C-hooks is the saving of storage space and precise and fast handling.

Telescopic tongs consist of a central part, the so-called tongs house, and two telescopically extendable tongs arms. In the lower part of the arms  there are supporting feet which enter the cavity of the coil.

The tongs are equipped with sensors that signal the grip of the load and the loading of the load.

Sensors that signal the gripping of the load are switched by the side rails. As soon as the tongs grip the load, both side rails are compressed and switch sensors. The clamping of the tongs is automatically switched off.

The tongs are equipped with a light signal that informs the operator about individual steps (clamping of the load, loading of the load).

The tongs can be equipped with an electromotive swivel hinge for rotating the pliers about a vertical axis.

Telescopic tongs can be equipped with other accessories, such as hanging hooks on the tongs house, digital scale, laser sensors, etc. 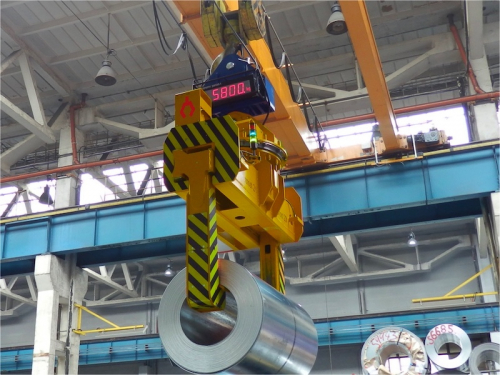 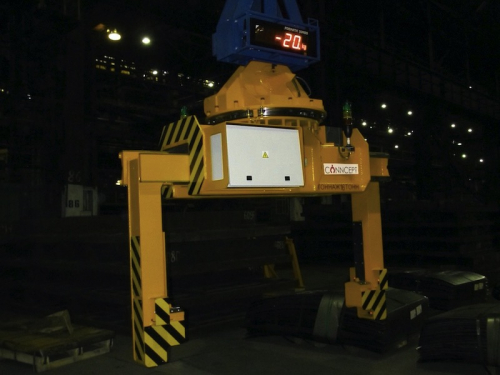